1983/4 and 1984/5 – Received the merit certificate of the “Veeboere Koop Ltd” – Tweedie, Kwazulu Natal for achieving excellent result by participating in their performance testing scheme

1996 – During the Annual General Meeting of the SADBS, he was unanimously voted as Lifelong Honorary Vice President of the Society.

1997 – Received an honorary award from the Grootfontein Old Student Union for an outstanding contribution in the interest of Agriculture and its people. 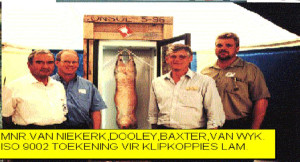 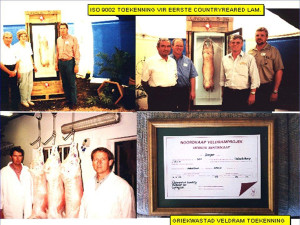 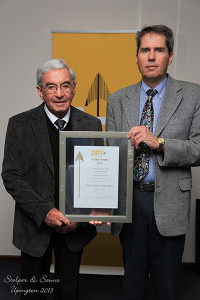